An interesting technology. Of course it has been available fro some time. Google AD-HOC wifi connections.

I hope this also includes mesh networking. Mesh networking is like If laptop A is connected to the internet by a wifi hotspot and laptop B is connected to laptop A via wifi but is too far from the hotspot, laptop B can go online by using laptop A as a repeater
in reference to: The Future of Wi-Fi is Routerless | Popular Science (view on Google Sidewiki)

in reference to: China Designs Indigenous UAV Stealth Fighter, and Bootlegs Some US Models | Popular Science (view on Google Sidewiki)
Posted by Vince at 12:56 PM No comments:

Published by: yuga under: Telecoms. 25 replies

Bayan Broadband is now offering a new wireless internet plan on their CMDA network
that starts at a low price of Php699 per month.

The service comes with a USB dongle similar to Globe Tattoo, Smart Plug-It and SWB only that it’s not on 3G but EVDO.

You need to buy the USB dongle too at Php999 and be locked into the service for 24 months. The service is also limited to several cities in Metro Manila – QC, Makati, Manila, Las Pinas, Mandaluyong, Pasig, Muntinlupa, Pasay, Taguig, Marikina, San Juan, Antipolo and Cainta.

Bayan Broadband promises True Speed so when they say you have 512Kbps, you actually get that speed (as long as the signal is 4 bars). This is what I think. Its the same price but slower than globe tatoo, sun bro, the smart bro 3.x G plans and globe wimax. However they do have "truespeed". Their target market is people who need mobility but have already tried all other wireless plans and did not get the advertised speed. They sure are not using price performance ratio as their selling point. Its a small market. So they better improve their signal coverage and they really really better honor their truespeed pledge, including a rebate or refund if the consumer does not get the advertised speed. It should not be hard since the hardware should be capable of bursting up to 2mbps but they most likely throttled it down to avoid network congestion.

Since they are aiming for dissatisfied customers of the others they should make more ads with their mascot Lola Techie that emphasize that. Make it a conversational style where someone asks Lola Techie for advice and Lola Techie will say stuff that people in message boards like tipidpc.com say all the time. All other ISP's use the "up to" white lie but this is different because of truespeed. Unfortunately thats a dirty little secret of ISP's and I dont think other ISP's will allow that secret to be exposed on national advertising.

But hey, if Bayantel can pull it off, good luck to them. They would get lots and lots of goodwill from users if word of mouth and message boards report that

1. Speed really is as advertised

2. You really get a refund or free disconnection or something if you dont get the advertised speed

But they never actually claimed that they would do #2. If they did it would be a public relations bonanza because no ISP does that.

An excellent tutorial using the example of the movie WALL-E.

How to flesh out your characters without using words. In the movie WALL-E, the first 45 min or so has almost no dialogue but even so, you get to know the characters quite well.

Here's an interesting website.
in reference to: Free Online Flash Resume Templates. Build your own Flash resumes and post or embed them everywhere! :: myflashresume.com (view on Google Sidewiki)

have you noticed recently that some captchas are getting pretty hard to read? (of course it depends on where you surf to)

super deformed is my description.

at this rate, archaeologists and linguists are the only ones who can read it
Posted by Vince at 8:46 PM No comments: 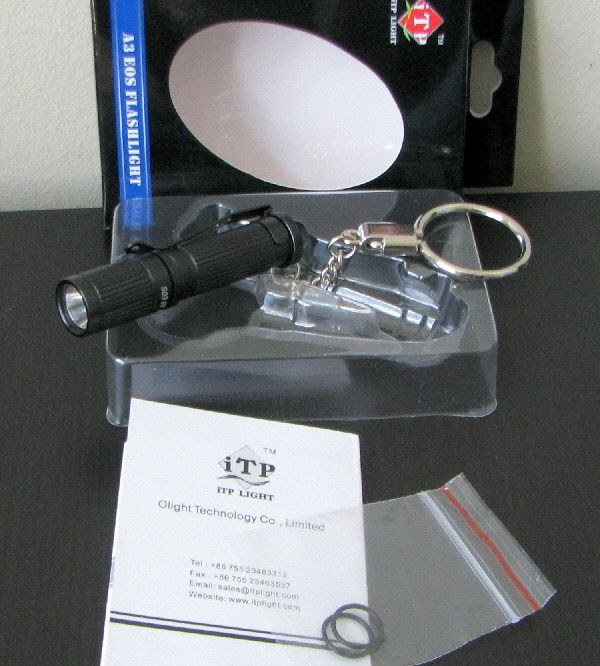 Here's something unusual, a 3 mode AAA flashlight. $20 only. Just make sure you get the upgrade edition. The standard is only 1 mode.

You can order them here

note, a very similar model, the maratac can be bought here