Fake eneloops in the philippines

Here's an ad in the October 7, 2012 Issue of the Philippine Daily inquirer warning about fake eneloops. Small resized image below. smart bro prepaid always on - is it really faster?

Hi, Long time no post. Sorry but being busy in real life and having nothing unique to post sometimes happens. Anyway, lets talk about smart bro prepaid, specifically smart bro power plugit and the Always on plan which is supposed to be faster. Go to the smart bro power plugit page. You'll see that both for the prepaid and postpaid, it says:

Notice that there is an "*". That means there's fine print. Now scroll down to the "*". It says


*Upgrade to Always On to experience speeds up to 7.2 Mbps.


The smart bro starter plugit page has something similar but in this case, its only up to  3.6 mbps and they make no mention of pre or postpaid.

Ohhhhkay, lets upgrade to the Always on plan and see what happens. As a background, using  the normal 10 peso per 30 min or the 50 peso/24 hour prepaid plans I get the same speed. Its variable maybe 300-800 kbps DL and 500-600kbps UL, well below the claimed 2mbps. Testing is actual downloading and with speedtest.net. I live in Pampanga so I though maybe its slow in the provinces. Since then I've tested it in other places like Quezon City, Cubao and Mandaluyong with similar results of 300-600 kbps DL, 500-600kbps UL. Signal strength doesn't seem to be a factor since Cubao and mandaluyong had a slightly higher 4-5 bars versus 2-3 bars in the other places but the speeds were slightly slower even with the better signal.

Go to the smart bro Always on page. You'll see several plans. I tested the ALWAYS ON 10 plan which costs 10 pesos and give me 5 megabytes. Mega not Gigabytes.

So here's how it went. First I disabled images from firefox to maximize the time and number of webpages that would fit the cap. I then ran a bandwidth monitoring program. Specifically I used Netpersec. I reset the counter on Netpersec so that it would start at zero, counting how many bytes were uploaded and downloaded. Then I plugged in the power plugit. The software dialer automatically loaded and once it started to dial I canceled it. I went to the text messaging tab and sent the appropriate text to smart. I then received a reply stating that the always on plan was active. I started a speedtest.net test. My result was around 350kbps DL and 300kbps UL. Sorry, forgot to link the result picture since images were off. Looking at Netpersec, I downloaded a bit over 1 megabyte.

I continued to surf on smart bro's webpge and opened blogger to start this post. I received a text later on stating that 4 out of 5 megabytes of my allowance was used up. Looking at netpersec's total, I show 3.6 megabytes downloaded and 0.8 megabytes uploaded for a total of 4.4 mb. Pretty accurate IMHO if we allow for the fact that the text message probably took a few seconds to arrive and I took a few seconds to check the text and netpersec. Later on I received a text message stating that the 5 gigs were up and I'm reverting to the usual 10 pesos per 30 min. Looking at the smart bro dialer, it has a timer showing how long the current dial up session is active. I used up 5mb in around 8 minutes.

Is always on faster in my location (pampanga) compared to the usual smart bro prepaid? No.

And my favorite possibility
* there is no difference in my test because smart's network is so congested in my area that any difference would be swamped by the congestion. Analogous to trying out the speed of a normal car and a multi million peso sports car on roads with traffic, you'll get similar lap times. 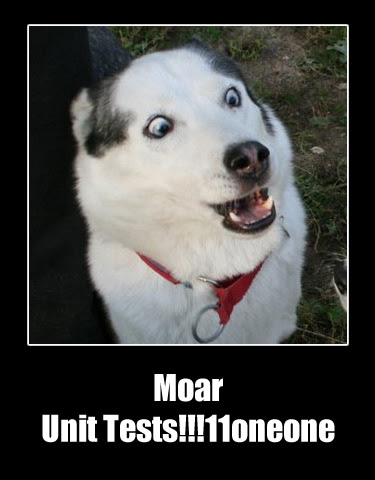 Yep, more tests. At the very least I should try areas that are non congested. Maybe if I go to a major metroplitan area, I'll look for areas where the regular smart bro prepaid can go a full 2 mbps. If it goes at 2mbps I assume its not congested. After that, I need confirmation from other testers.