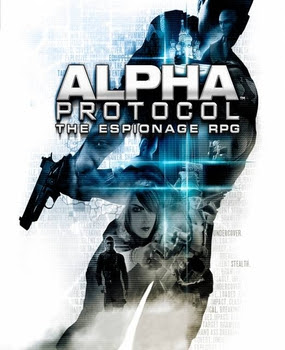 I'll be concentrating on the user interface and the performance. I know that this is slightly unfair and biased since I concentrate on only one aspect, BUT other people/websites have reviewed this game before so go to them if you want a balanced and thorough review. So be warned, this is not a real review. Its more of a rant about the performance and interface flaws. The graphics and story and gameplay are OK though.

Okay. I have a decent system, 4 gigs ram, geforce 560ti, core 2 duo e8200, maybe a little light on the CPU but its ok.  I tried all the video options on and also tried the game with them all off. As with most console ports, the video options are a bit limited. I'm using the version I bought on Steam.

I see that this game suffers from consolitis and lacks polish. The loading times are too long, even for something as simple as loading a checkpoint then dying then reloading the last checkpoint. Loading time is also too long for such simple stuff as opening the map or opening one of the menus such as weapons or gadgets. When loading a save or loading a new level at least there's a spinning AP logo on the screen but  otherwise, the game looks like its frozen.

Then there are lots of pauses. Example, you are running forwards then make a 90 degree turn to your left to a stair or ramp, after turning a few degrees there is a split second pause then you find yourself turned 270 degrees so you have the stairs behind you and you're face into the wall or sometimes its 180 degrees and you're going back the way you came. The scrolling is horrible in menus. The mouse wheel works but if you have say 2 windows like in the email window, scrolling the mouse wheel only scrolls the list of emails on the left while the message on the right window cannot be controlled by the mouse wheel. You can always click on the scroll up and down buttons but they are soo small. Plus there are pauses scrolling to an email or a weapon that's on the next page of a list.

The menus like the PDA and the weapon menus don't recognize the ESC key. So for example if you are in the map to go back to the game you have to mouse click on the "back" button then press TAB. For the weapon/skill/gadgets menu you can only jump from say the weapon to the skill menu only by mouse clicking on a small left-right arrow. You can't use the keyboard shortcut keys. And for exiting those menus going back to the game you can't press ESC, you gotta press the key assigned to it. Clunky and difficult if you're stressed out fighting in game.

Very Very poor interface design. A shame since the RPG system, the story and the combat is OK. Like mass effect your choices and actions determine how the story branches. I blame this on consolitis.

the end
Posted by Vince at 1:42 PM No comments: