eating sushi/maki on the go 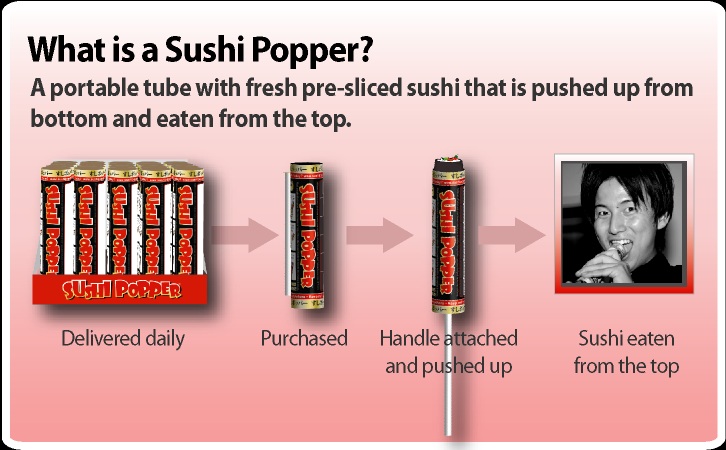 An innovative way to eat sushi on the go. Macgyver would be proud! It should come with a small packet of soy sauce or make the sushi pre-dipped.

source
Posted by Vince at 4:24 PM No comments:

Seagate release a 2.5 inch hybrid hard drive/SSD. Click the thumbnail below for the specs.

The Seagate Momentus XT will initially be available in three capacities—250GB, 320GB, and 500GB. The drives conform to the 2.5” form factor with 9.5mm Z-Height, and they sport standard SATA 3.0Gb/s interfaces. 32MB of DRAM cache is also incorporated into the drives. Spindle speed is 7200RPM.

Performance Summary: The Seagate Momentus XT produced some interesting performance results. In the purely synthetic tests designed to test raw throughput, the Momentus XT generally performed like a high-end, 7200 RPM hard drive--transfer rates typically fell between the WD Scorpio Blue and Seagate Barracuda desktop drive. In the system level benchmarks like those employed in PCMark Vantage, however, once the Momentus XT's adaptive memory technology learned the usage patterns and copied over the most commonly accessed bits of data to the solid state portion of the drive, performance improved dramatically. The Momentus XT was never able to truly match the performance of a true SSD, but its performance when the adaptive memory technology was used was far superior than a standard HD. 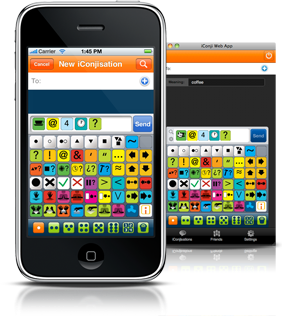 This is their webpage.

iConji is new. It isnt even on wikipedia yet. Details are scarce but this appears to be a new language specifically developed for cellphone texters and social networking junkies. Unlike most current languages, iConji is more like ancient egyptian hieroglyphics or ancient chinese. Its a pictorial language using pictographs. There are > 1000 32x32 pictographs or icons unlike most languages which have one symbol per phoneme or sound.Each icon represents an object or idea.

This appears to have been designed to be cellphone friendly, in this case, an iphone which uses a touch screen and your fingers as the writing device. You can make a message with only a few icons so its much faster. Another advantage is that it is language agnostic, i.e. you can easily communicate with people who speak different languages + its easier for machine translation.

Safety signs and traffic signs serve the same purpose.  They are also pictograms and they can be understood by people who speak different languages.

Personally I doubt this will catch on except if it is fully automated. As the chinese alphabet shows, you need a heck of a large number of icons to represent all possible ideas and words in daily life.
Posted by Vince at 10:30 PM No comments: