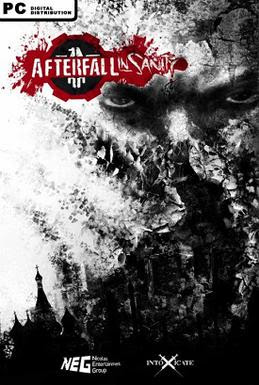 I just finished Afterfall Insanity and there are few guides out there. So I decided to write a mini guide for the Boss fights. There are only 3 bosses.

I am basing this guide on the PC steam version of the game.

All boss fights have one or two ammo dispensers with unlimited ammo. Because of this and the scarcity of melee weapons in those areas, you wont be using melee for the most part. A few guns are strewn around the area.

Health regeneration is pretty fast so you can just duck behind cover or run away and wait till your health regenerates. There is no health bar but the screen turns reddish to indicate low health.

The first 2 boss fights are divided into parts with no checkpoint in between. The last boss fight also has 2 parts but has a sequence before the 2 parts with a checkpoint, for a total of 3 parts.


The first Boss fight happens when you are clubbed from behind by one of the surface dwellers and you are thrown into a gladiator arena like area.

The boss is a fat giant. He's armed with 2 weapons. First weapon is a metal flail that has a short range. The flail will automatically make you knocked down. Just stay away from him and you wont be hit by the flail. If you do get hit, use RUN and DODGE to get some distance.

The second weapon is a shield that is thrown captain america style. It might be dodgable but I have not been able to dodge it. A hit will cause you to be knocked down.

The strategy for the first part of the fight is to stay away to avoid the flail. Then stop and get a piece of cover between you and the boss. The boss will throw the shield. It will then get lodged on the piece of cover. When that happens for a few second the BOSS's tummy is exposed. Start shooting the tummy (the HUD crosshairs will be red). Rinse and repeat. I like to use the submachine gun.

For part 2, the boss gets a big hammer. Its more important to stay away because one hit from the hammer will make you fall down. Once you fall down its very difficult to get away before the next hammer blow. Also, a few scavengers join the fight.

My strategy is to run away - shoot the scavengers who are running towards you - reload and get a few shots at the boss's tummy - run away. Rinse and repeat


Boss #2 is an animated pile of scrap metal that you find on the surface. Avoid areas with sunlight since that spawns ghosts. Ghosts are annoying but they deal low damage.

In part 1 its attacks are primarily cars. It picks up cars and throws them at you. Just keep running and dodging and keep your distance. I think it can use melee attacks but I'm not sure. I prefer the assault rifle.


So the first vulnerable spot seems to be the right arm (or was it  the right leg?) Shoot it and scrap metal will fall off.

Later on use the crosshairs to hunt for more vulnerable spots. The torso may be vulnerable but it usually covers it with its left arm so you need to wait for it to do something like throw a car to expose it. Rinse and repeat

In part 2, the boss switches to an attack that creates a line of spikes from the ground that travels in a straight line. The strategy is still the same. RUN or DODGE its attacks and hunt for a vulnrable spot then shoot it. Rinse and Repeat.